This is the website for the Luchon tourism office

Harrogate has been twinned with Luchon since 1953. We believe this was the first official, international town twinning agreement, and relates directly to a war time association between Luchon and Harrogate.

L’Hospice de France, one of Luchon’s scenic attractions, is a point at which the French Resistance, aided by allied agents, led escaping servicemen over the Pyrenees into Spain during the Second World War.

One of the British military agents was later to become the headmaster of Grove Road School, and mayor of Harrogate. One of his major contributions was the establishment of the twinning agreement with Luchon.

Although links between Harrogate and Luchon had faded over time, there has been a resurgence in interest over more recent times and there are now regular exchanges between the towns, covering educational, cultural and sporting visits.

Situated in the mid Pyrenees, and only a short drive from Spain and Andorra, Luchon is probably best known as one of the most popular stage starts and finishes in the history of the Tour de France, and the scene of a memorable stage win by Chris Froome. 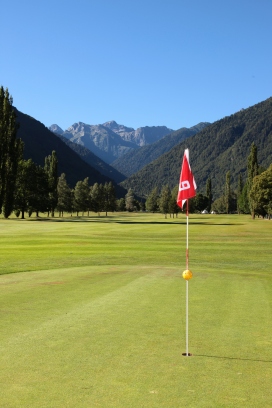 Luchon, like Harrogate, is a spa town, and has  extensive facilities as a year round outdoor sports resort. Superbagneres provides a wide range of skiing and winter sports facilities. In the summer this transforms into a playground for outdoor pursuits ranging from cycling and trekking to hang and fixed wing gliding. Luchon also offers a stunningly beautiful golf course and a large tennis centre with both indoor and outdoor facilities.

The area is serviced by a ring of airports within a 1-2 hour transfer time to Luchon. The most convenient route is currently Manchester to Toulouse.

If you want to avoid both the summer and winter busy periods, we would recommend visiting in late May/June of September/early October. If you would  like further information about visiting Luchon, just send a message.

Every August Luchon holds Les Fêtes des Fleurs, where motorised floats are decorated with dahlia heads. The parade is watched by large crowds and Harrogate supports the festival each year with a float decorated by a team of volunteers, and often supported by local bands and most recently, Tewit Youth Band.