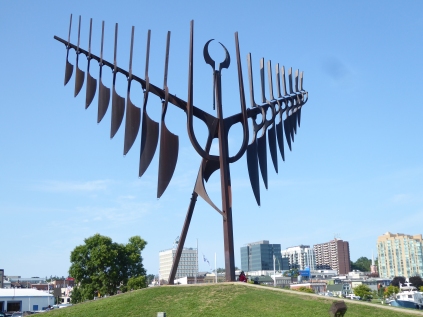 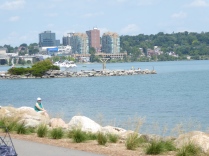 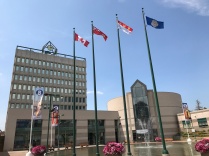 Barrie lies on Lake Simcoe in the Province of Ontario and has a population of 140,000.

It is about  55 miles form Toronto International Airport.

The Barrie area was first settled during the Anglo American War of 1812 as a key supply depot for British forces. It would be named twenty years later after Sir Robert Barrie, who consistently commanded forces across the region.

Throughout the 1980s and 1990s Barrie grew significantly, developing as a commuter satellite for Toronto.

The climate is extreme with significant snow falls and freezing temperatures in the winter and hot summers, but with the risk of intense thunderstorms due to it’s proximity to the Great Lakes.

Barrie has emerged as a popular tourist destination in Central Ontario, known as “The Gateway to Cottage Country”, and is easily accessed by all forms of transportation. In the winter months, Barrie flocks with skiers and snowboarders as they attempt the slopes at nearby hills and snow resorts.  Barrie also has several festivals and other events held in the city centre during the same season. Throughout the humid summer months, Barrie transforms into a city of gardens as visitors and locals alike jump to the waterfront to bask on the beaches, swim in the waters and boat in the lake. The city’s historic downtown core also comes to life in the warmer months as shops, restaurants and boutiques all flourish with people.